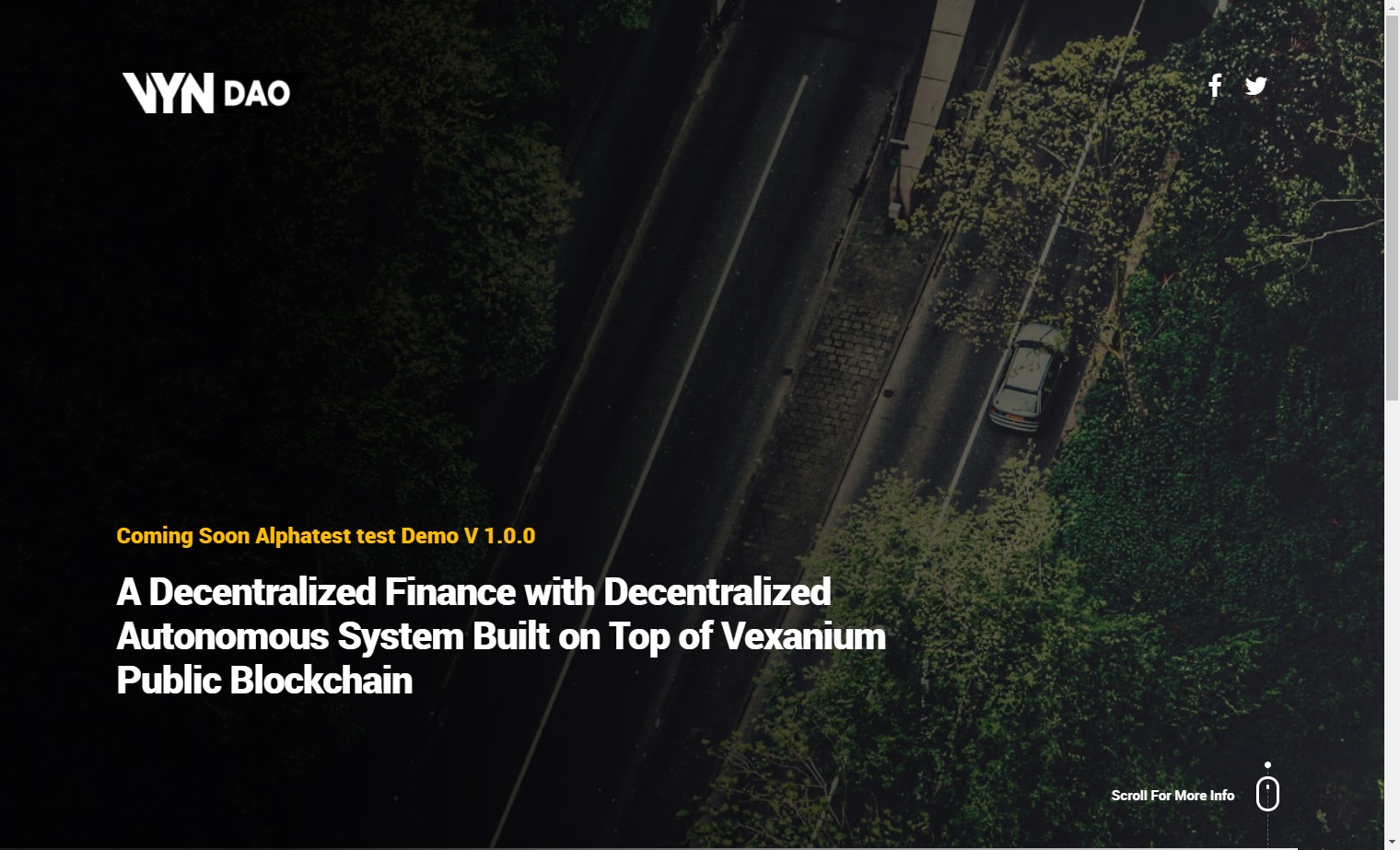 Basically, VYNDAO is a DAO (Decentralized Autonomous Organization) consisting of a decentralized balance sheet of VEX cryptocurrencies collateral and other cryptocurrencies built on the top layer of Vexanium Public Blockchain, with the vision of creating a vibrant ecosystem of tokens pegged to the value of real-world assets.

VYNDAO can be called as DeFi (Decentralized Finance) because this autonomous system is an application that allows users to mint (mining) and retires (burn) pegged assets, while also providing market makers with clearly defined arbitrage opportunities.

How about DAO? What is DAO?

DAO is a decentralized organization that is run by a smart contract system, which runs autonomously or in other words, runs itself automatically on a blockchain network. All decisions are controlled by users / token holders/coin stakeholders, not from a centralized authority.

For an example of DAO, in the Vexanium Blockchain protocol, all control is fully held by the community/users who are elected through the voting system of Block Producers (BP) delegation members. Mining Rewards earning and all the rules are automatic and not controlled by any party, but controlled by the largest vote (consensus of voting votes from board members).

Then we come to the question, what does VYNDAO have to do with the Vexanium blockchain network?

The system is focusing on providing a reliable, effective, and developer-friendly decentralized smart token creation mechanism. The initial iteration of the VYNDAO platform will support the minting and retiring of USD-pegged assets referred to as USDV.

For a digital currency can be used as a medium of exchange for transactions, it must have low volatility and have price stability. Volatility also always has been a negative part of cryptocurrency; especially when price stability is an essential element in the token design. There are several ways to achieve such stability, but the approach that is more appealing to the crypto community or even general public is a decentralized (trustless) stabilized mechanism.

In the early stage, USDV is the stable coin collateralized with VEX cryptocurrency as its value base. It is pegged to USD. Later USDV will be open to accepting other cryptocurrencies as collateral, which means in the future BTC, ETH, and VEX and any cryptocurrency holder that acceptable can obtain a proportional amount of USDV by pledging.

Besides USDV, there will be one more important token on VYNDAO platform, it’s called VYN token.

What is VYN Token?

VYN is the governance Token of USDV and the user holding VYN is the Governor of the system. For example in BP Vexanium, BP has to stake VEX coins to join the “governance” on the Vexanium blockchain network. Meanwhile, VYNDAO uses VYN tokens to participate in the “government” of VYNDAO, instead of using USDV.

To sum up, here are the VYN token utilities:

However, this is only the first phase of the VYNDAO and USDV platforms. As a decentralized autonomous organization, of course, we will see a lot of developments and changes that will exist on this platform through VYNDAO Governance.

Follow and Join the Social Media for future information: