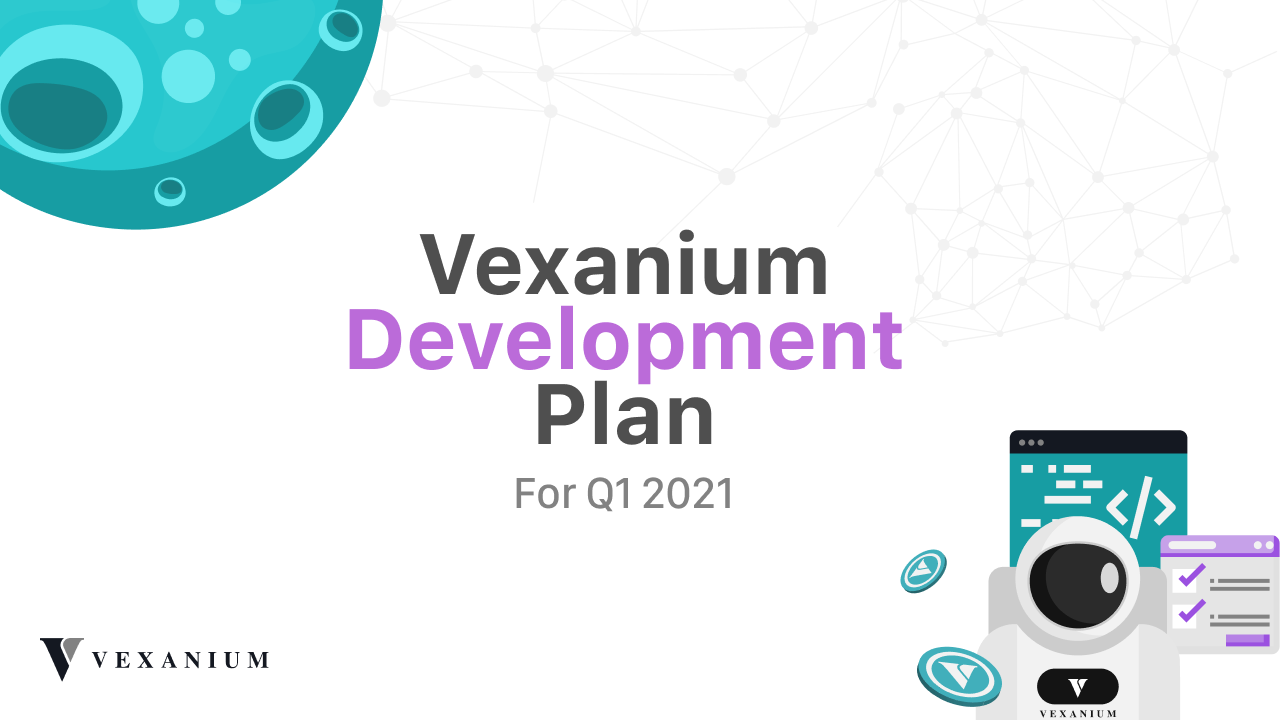 First Vexanium Team will focus on the DApps Incentive Program. The program carried out in 2021 will be a little different from the previous year. In 2021, Vexanium will promote the use of the USDV token. By replacing the VEX coin with USDV (which is backed by USD value), people who are new and want to enter the blockchain world can find it easier to find out the reward value of the program. It will be easier for new users to join this program because it uses a stable coin as a reward.

VEXSwap is a decentralized token exchange based on the Vexanium protocol. This decentralized finance application will be launched in Q1 2021. With this application, users can fill the liquidity pools and by doing so users can get transaction fees from this application. All of this runs automatically using a smart contract. There are lots of features of this VEXSwap, like Instant Swap, Unlimited Liquidity and many more.

There will be 35 million VEX coin burn in Q1 2021. It will be from 2 sources: first, approximately 15 million VEX consists of VEX Saving worker proposals (inflation from mining); second, 20 million VEX will come from the Vexanium core developers wallet. This was done in order to reduce the supply of VEX coins.

The fourth is that there will be new mechanisms for block producers of program stimulus in Q1. First, we invite technical block producers from other blockchains. There will be rewards for you BPs who can invite other BP blockchains into the Vexanium ecosystem. The second is technical BP. Third, BP universities and other educational institutions. Fourth, BP is the maker of DApp and DeFi. And finally, the existing BP as BP in Vexanium, this is done to give rewards to the old BP so that it can continue to run on the Vexanium blockchain.

Fifth, VYNDAO Block Producers. This block producer is for all the VYN token holders. With VYN Token, users can stake their tokens and get mining rewards from the VYNDAO ecosystem, just like at the Vexanium block producers.

The seventh is the Vexanium Global Community Contributor Program. This program aims to increase the global influence of Vexanium because currently, Vexanium focuses more on Indonesia. So in 2021, the focus of Vexanium is to further introduce Vexanium to crypto and blockchain communities abroad. Further details of this program will be announced later, such as KOL, business connectors, developers and so on. It is hoped that all of this can be a positive part of the growth of the Vexanium blockchain.

Here is the list of the proposal that is currently being discussed:

These proposals are still tentative and are being discussed by all BP. After completion, the decision will be announced in the near future to the community in Q1 or Q2 2021. This discussion was held because Vexanium is already running in a decentralized manner and its votes are determined by active block producers.

That is the roadmap for Q1 in 2021. We believe that together we can build the future of decentralization. That’s all from me, thank you and goodbye.