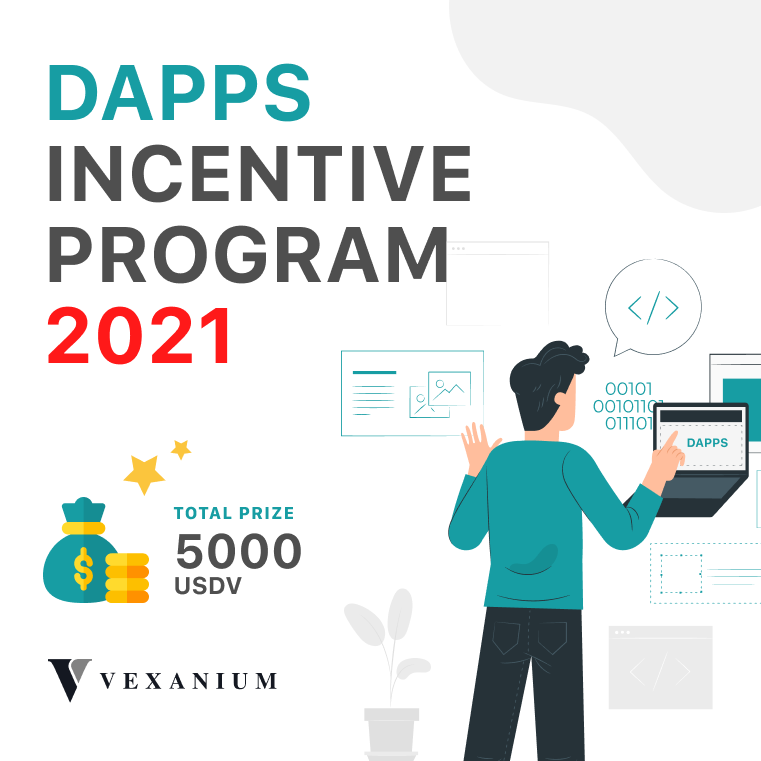 As long as there are many blockchain programmers and developers who continue to create applications on the Vexanium network, this program will continue to run to give appreciation to these people. But in this new year, to be precise in 2021 the Vexanium team and other block producers have agreed to promote one of the new ecosystems from Vexanium, namely the first stablecoin on the Vexanium blockchain network called USDV.

The hope is that by changing the type of reward to a stablecoin based on the value of USD, it can make more ordinary programmers interested in making blockchain and defi applications using the Vexanium blockchain because of its more stable value compared to VEX coins.

The following is the details of the 2021 Dapps Incentive Program:

Why Build Dapps with Vexanium Blockchain?

Vexanium technical review team will review the submitted smart contracts and give a rating for every Dapps submitted by developers and there are no restrictions on how many Dapps a developer can submit. The corresponding rewards for each level are as follows:

*The remaining USDV that is not distributed will be burned.

*Submissions must be in English.

*After reviewing your submission, we will send a confirmation letter to you. If you did not receive the confirmation email, please do not hesitate to contact us.

How to receive rewards?

If you have any questions, please send an email to info@vexanium.com or add Vexanium Telegram. Vexanium also invites you to bring us more valuable opinions as we are committed to continuously improve and enrich the technical content. We look forward to your participation!