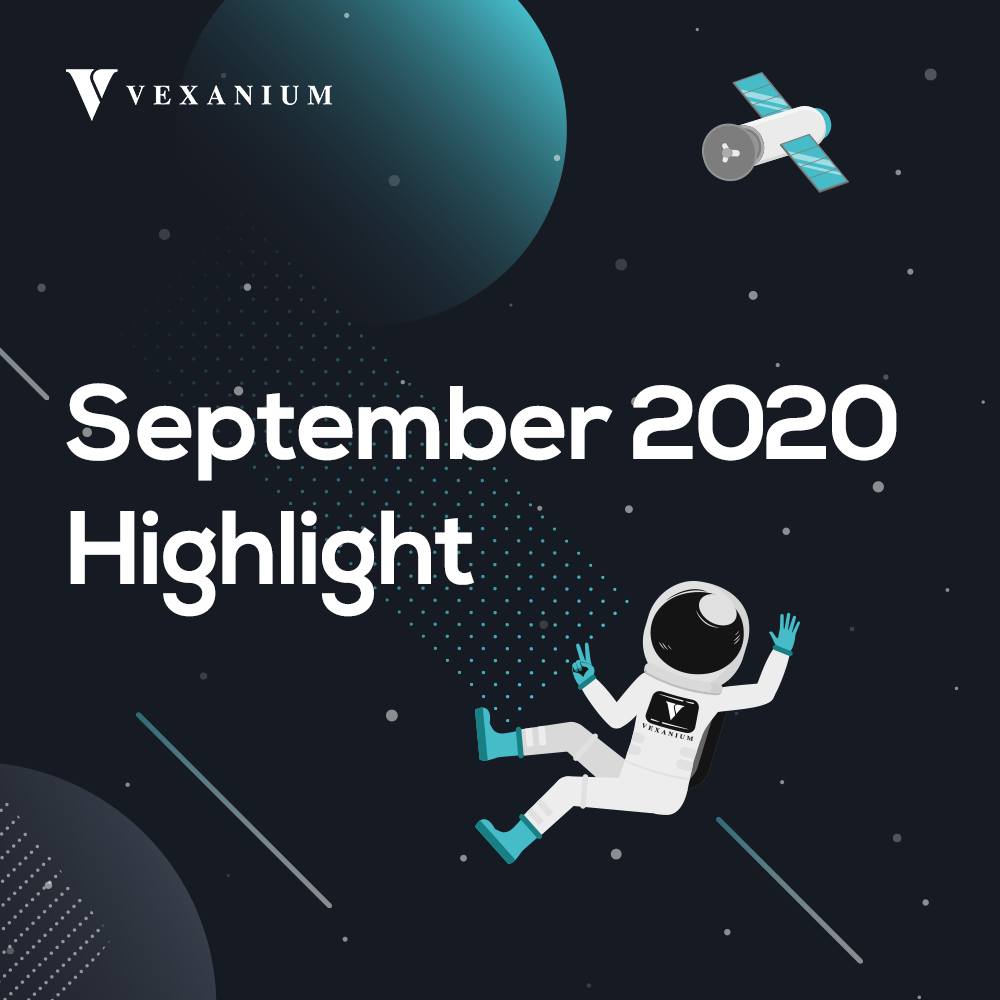 Vexanium September 2020 Highlight is here Vex Partners! In the midst of this ongoing pandemic, the Vexanium Team did not let their guard down nor stop from continuing to provide education and interesting programs to improve the quality of the Vexanium ecosystem. Here are the highlights for Vexanium this month!

On Tuesday, September 15th, 2020, Vexanium Block Producers held a meeting to discuss plans for programs that will be carried out in the 4th quarter of 2020. There are 2 sessions on this BP Online Meeting. Session 1: Private meeting between Vexanium and BP Vexanium and Session 2: Live public meeting on Youtube Vexanium. BP’s are welcome to present their program. This meeting was held to continue to carry out the spirit of decentralization through a decentralized autonomous organization system.

On September 21, 2020, the Vexanium Team continued to disseminate information about Vexanium to groups related to blockchain and cryptocurrency, one of which is Blockchain Infinity. AMA conducted in a global group that uses English is running well and generates many interesting questions from the community.

You can check the AMA summary here: Vexanium on Blockchain Infinity AMA

Vexanium hopes that you are always healthy and happy, we certainly hope that things will get better, especially in the areas of blockchain and cryptocurrency. See you at the next Highlights!