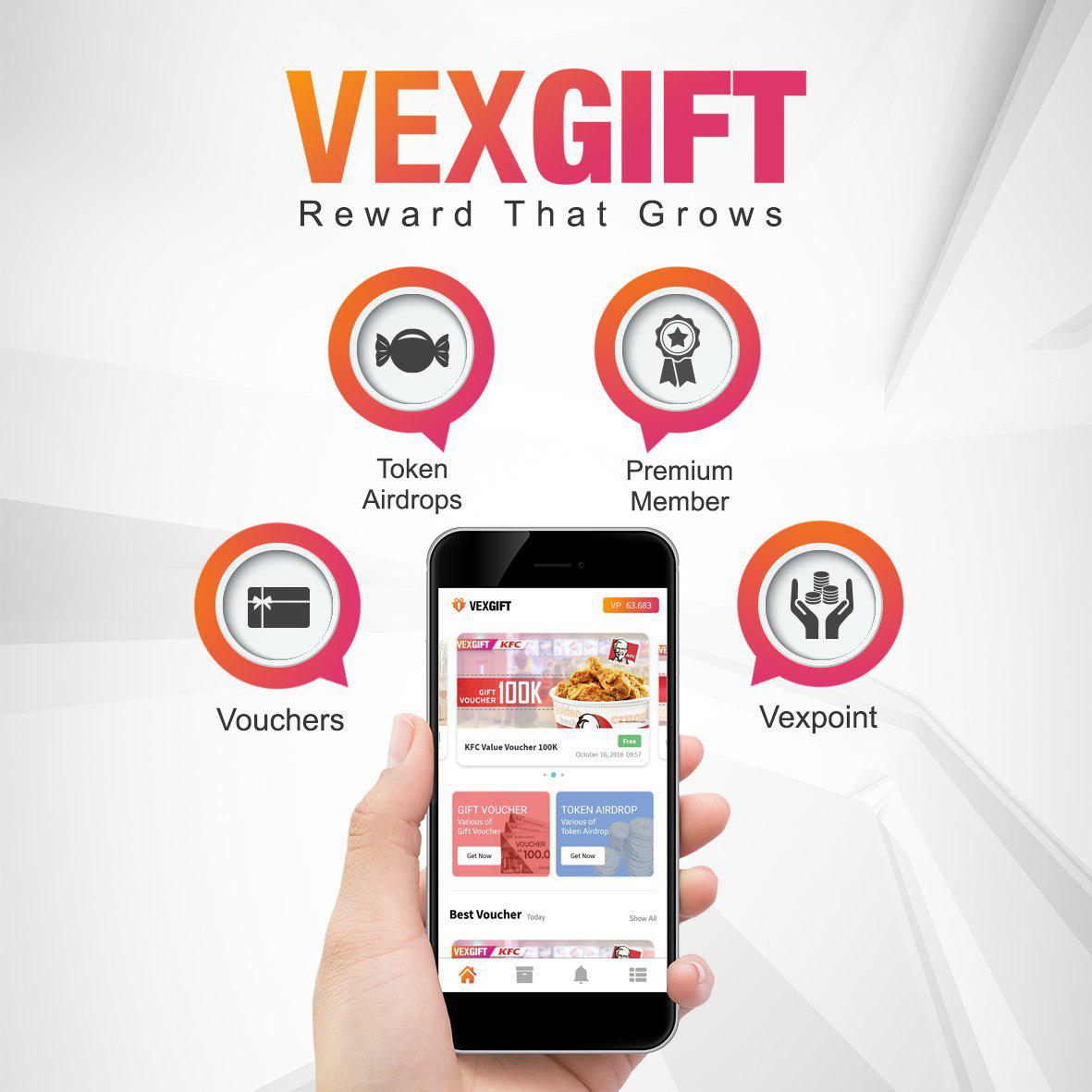 Blockchain and cryptocurrency industries are being a hot topic in the technology world in recent years. Many believed that these industries have better advantages than the common technology people already used. One of the main characteristics of the blockchain itself is transparency and decentralized data collection system. Because of that, Vexanium, a blockchain company in voucher and loyalty program industry presents their first ecosystem, VexGift.

VexGift is a blockchain-based application that offers voucher and loyalty program which specifically designed for cryptocurrency users and investors with several main features such as free tokens, regular voucher, and premium voucher. The application that is launched on this stage is Beta version.

The free token feature allows certain number of users to get another token for free which the value of token is likely to increase according to market prices on VexGift application. The token itself is a token that already affiliated with Vexanium system.

Then the second type is premium voucher is the type of voucher that is allocated for every users who hold VEX in their digital wallet where they will get VEX point everytime snapshot moment happens, this VEX point could be redeemed with vouchers from premium merchants that already collaborated with VexGift or with other digital assets.

Vexanium team would like to thank each of VEX partners who have supported Vexanium until the BETA launch of VexGift. Please complete the KYC first and give feedback about VexGift BETA version. As our gratitude, we provide free voucher and premium member voucher on VexGift only for you. For the other launching schedule and other interesting features could be found on the roadmap at Vexanium website.