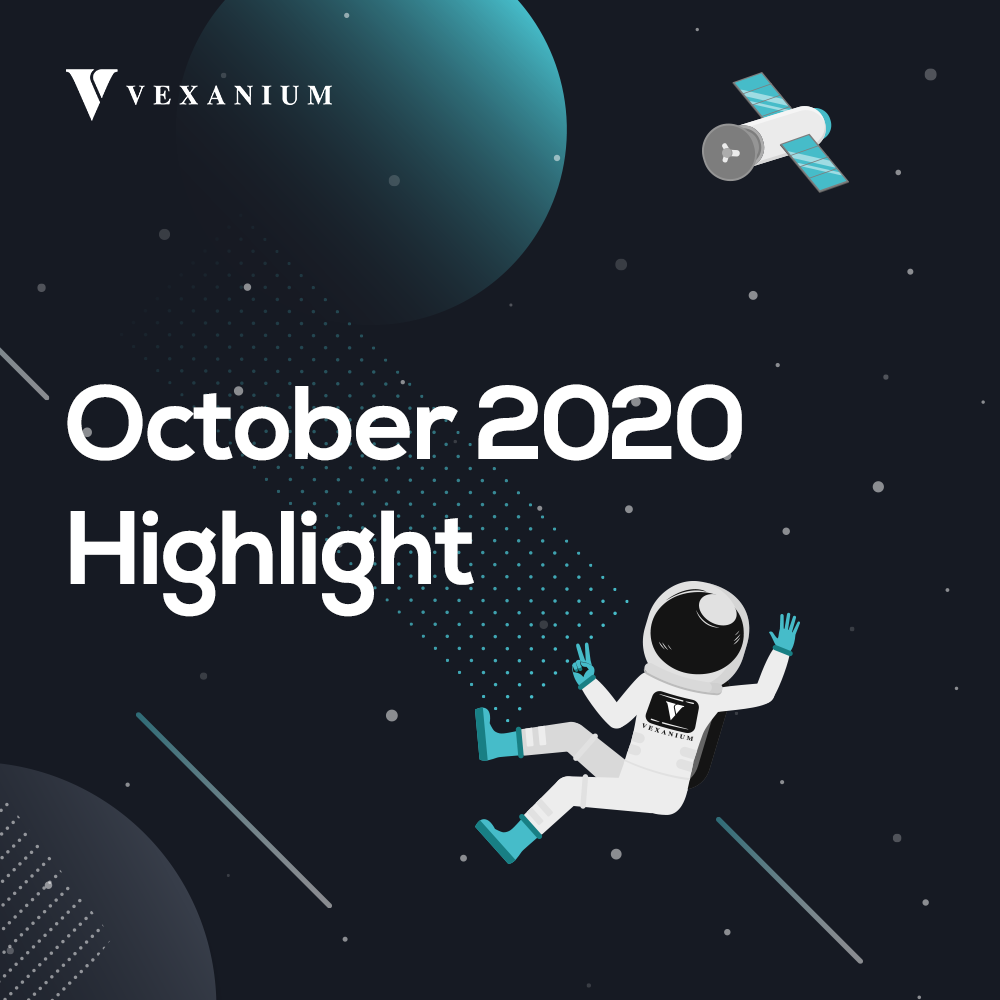 Vexanium October 2020 Highlight is here Vex Partners! Without realizing it, we have entered the last quarter of 2020. It turns out that the Vexanium ecosystem continues to get busier, starting from collaboration with one of the local campuses in Indonesia, launching a beta DApp, to having an AMA session with an interesting guest.

Let’s take a look at some of the highlights for this month.

The first thing the Vexanium team did when entering a new quarter was to hold a meeting with Vexanium block producers and delegators to discuss the roadmap and focus of Vexanium. These private meetings are held online via the Zoom app to keep up with health protocols during this pandemic. A few days after the meeting was held, one of the representatives from the Vexanium Team announced the results and important points made during the meeting to the community.

On October 12, 2020, Vexanium collaborated with Nodes Community to create a webinar themed “Blockchain and Cryptocurrency Opportunities in Q4 2020”. This webinar is free and open to the public, so that people from all backgrounds can find out about the future opportunities of blockchain and cryptocurrency.

Since last August, the Vexanium Team and Raharja University have collaborated on Blockchain-Based Education Projects. This collaboration aims to produce reliable programmers, especially in the blockchain field, by conducting smart contract training and creating decentralized applications. The training program has entered its 5th meeting, with a total of 18 students participating exclusively in this program,

29 October 2020, at 10.00 AM (GMT+7) beta version of VYNDAO officially launched. During the alpha test, the user only uses the unvalued test token called VUSDT with the aim of providing an initial overview of the collateral system at VYNDAO. Meanwhile, during the Beta, users can start to pledge/pawn VEX cryptocurrency to get USDV tokens. Other features of VYNDAO and its information will be updated regularly on VYNDAO social media.

on October 30, 2020, the Vexanium Team collaborated with the VYNDAO governor candidate to conduct AMA (Ask Me Anything) activities in the official Vexanium group. This AMA aims to discuss the governance system in VYNDAO which is automatic and runs with smart contracts. The community of Vexanium shows great enthusiasm and curiosity about this still relatively new system.

Vexanium hopes that you are always healthy and happy, we certainly hope that things will get better, especially in the areas of blockchain and cryptocurrency. See you at the next Highlights!