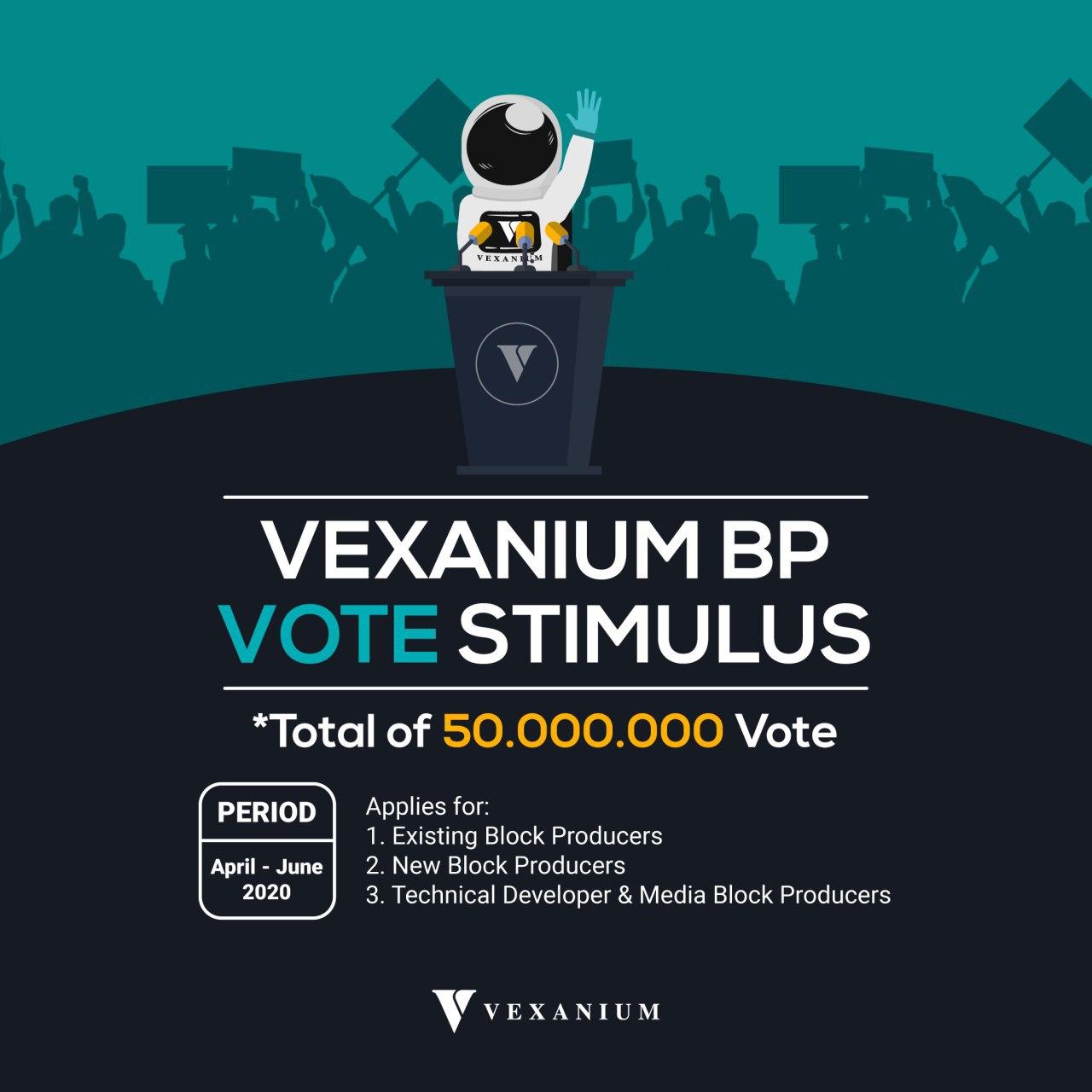 Actually, this is already a fairly large amount, but of course, Vexanium Foundation wants to continue to strive to improve the Vexanium blockchain network ecosystem by increasing the amount of BP and total votes that exist today. The Vexanium network requires additional BP with technical developers and media backgrounds to significantly improve the blockchain governance in this network.

Upon discussion between the Vexanium Foundation and the existing BPs, an idea was created about a program called Vexanium BP Vote Stimulus. This program is carried out by giving votes to BPs for a certain period of time. With this program, it is expected to be a stimulus to attract new BP and give appreciation to existing BPs.

Vexanium Foundation will provide a stimulus package worth 50,000,000 VEX in the form of votes (the number of votes obtained from the 40% current votes currently and 60% new votes) which will be divided into 3 BP categories. Vexanium BP Vote Stimulus has a target to increase the amount of BP currently available and the number of BP voting stakes to 350,000,000 to 400,000,000 votes.

The following is a breakdown of the BP categories in the program that will be run in these 3 months (April – June 2020):

Existing Block Producers is an active and standby BP on the current Vexanium blockchain network. In this category, BP will get an additional vote if you have an interesting program to find new BP users to join the Vexanium network. BP is entitled to get 1,000,000 – 2,000,000 votes depending on how attractive the program is made.

With Vexanium BP Vote Stimulus, it is expected there will be 350 million votes in a period of 3 months from now. For more information on how to join the program or other questions, you can send an email to info@vexanium.com or via Telegram with PM (personal message) to @andrevexanium @satpamvexanium or @dannybaskara for new block producers who want to make or install a BP server there is a free 3-month server package (terms and conditions apply).